Oh life, how you endlessly seem to get right in the middle of all the other things I intend to do.  Case in point, blogging.... it always seems to get shunted to the back burner these days.  Perhaps or maybe even likely, with very good reason, but none the less. 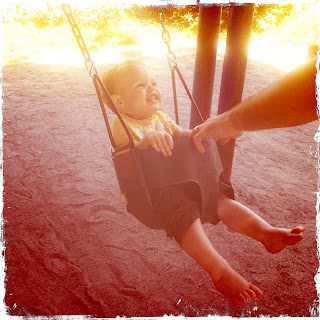 Just so there is no confusion, fright or head-scratching, the title of this blog just happens to be three words in the English language I have always been fond of.  Not because of their meanings, per say, but simply because they sound cool.  So not to worry, there will be no uncontrolled blazes, no floggings or beatings and as far as I know I won't be creating any borders or boundaries around anything specific just now.  You can all breathe easy my friends, nothing to see here.

It's been over a month since I last posted and I suppose a ton has happened.  Where to start and what to include, that is the question.  As per, I think most of the big news or new news revolves around the Mylo.  He is, after all, the centre of our world and the one who demands most, if not all of our attention, time and energy.  Not complaining, just explaining. 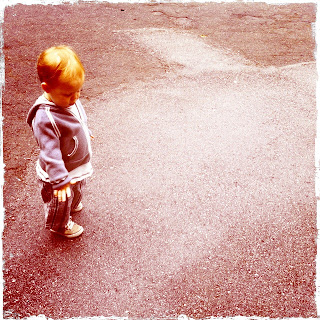 The last month has seen the eventual co-operation of a few doctors into the big mystery of Mylo's eating.  We got in to see an Endocrinologist who referred us to a Geneticist, and an Ophthalmologist.  So far, we  have not seen either, though we have an appointment date for the Geneticist and I think it is even next week!  Will wonders never cease.

A week after seeing the Endo, we were back at BCCH to see his Neurologist.  I had my doubts that she was going to do much for us, as the last time, she really just blew us off.  I like being wrong.  This time she was beyond thorough.  She ordered so many tests, I think she even got confused.  Again, sometimes it is good to be wrong.  Everything has been expedited to bypass the year and two year waitlists for EEG's and MRI's.  His EEG (which incidentally, we found out yesterday is normal)  was done 3 days later, and this Friday he goes in for his MRI and *cringe* lumbar puncture.  Apparently, there are a few rare conditions that could be the cause of his symptoms (though very unlikely) that can only be tested through cerebral-spinal fluid.  ouch.   Miss Neurologist figured that since he would have to be sedated for the MRI anyway, we might as well kill two birds with one stone (not sure I like my phrasing there....too superstitious).  Reluctantly, we agreed.

It all scares me but, I'll deal.  What I'm not sure how to deal with or handle is the fasting before the test.  No food after midnight.  Only water, apple juice and popsicles 6 hours prior and no liquid three hours prior to the test. I mean come on, have you met my kid?  Are we not doing these tests because he eats 24/7 and is never, EVER full?  You try telling this non-verbal, food-seeking, wake up at 4:30am toddler he can't eat or drink for hours on end.  The test is not until 10:45am. 4:30am. 10:45am.  Need I say more?   Please send us all your good vibes on Friday. R and I will be in our own private purgatory. 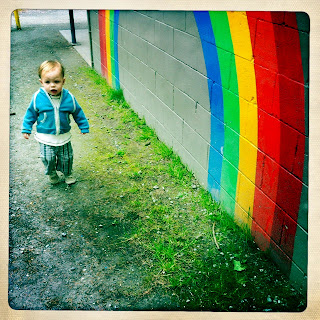 The tests continue and we cross our fingers that we either find a cause and solution or that we rule everything out and get down to the nitty gritty of treating his issue as behavioural and focusing heavily on it during his therapy sessions.

Speaking of his therapy sessions, we have found a BI ( behaviour interventionist)!  It took a lot longer than anticipated to get all of this going, but the wheels are in motion.  Last week was her first week with M and she spent two days 'pairing' with him.  In lay terms, this means she played with him and worked on gaining his trust and his friendship.  As far as we can tell, it worked.  She spent an hour and a half with him both days and R and I stayed upstairs.  He was a  superstar and they had a ton of fun.  Tomorrow, his BC and BI will overlap and hopefully lay some groundwork for the actual therapy to begin.  Can't wait!

The last little tidbit I want to share is that three days ago the babble spontaneously returned, and not in any small way.  There were so many dadadada, dididididi, dadeeee's, we didn't know what to do with them all.  Not a bad problem to have really.  Today I thought we'd lost them again, but this afternoon that sweet, sweet music to our ears resurfaced.    It excites me and it thrills me and I can only hope that he shows off his mad skills to his therapists tomorrow so we can  build on it and never lose it again.  only love.
Posted by Kate at 21:40